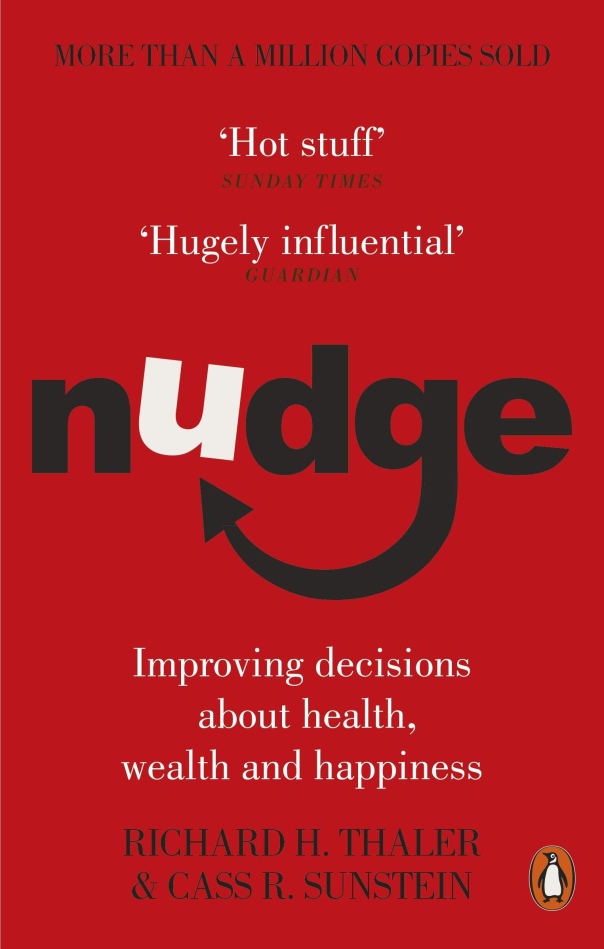 The main argument put forward by this book is that if designing a system one should consider oneself a “choice architect”.

The name “libertarian paternalism” does indeed call to me. I like to think of myself as a libertarian but the more I think about my own actions and those of others the more obvious it is to me that every interaction is a manipulation and to not acknowledge this is a mistake. Smiles, laughs and yawns are infectious so smile at everyone and laugh often. Especially if life is good which for almost everyone it is when compared to that of a medieval villain. I have even heard plausible arguments that life is good when compared to a medieval King!

A quote that really resonated with me was, “someone who lies treats people as means, not ends.” I have always had a great problem with liars especially deliberate liars. This is an interesting take and deserves further consideration. In the land of “libertarian paternalists” a far far stiffer sanction should be taken against fraudsters. Perhaps an opt-in similar to the self imposed gambling exclusions where one declares themselves to be speaking on pain of perjury and if lying face real penalties.

The most powerful ideas in the book, for me, were Save More Tomorrow and Give More Tomorrow. Save More Tomorrow seems like such a good idea that perhaps it would be the idea I would most like to encourage Curtis Dickinson to bring in in Bermuda. Perhaps it is even worth an Andy Dufresne style “letter a day” to his office.

Give more tomorrow feels like an obvious choice for College. Perhaps others don’t have the affinity I do with her but I do feel like every time one gets a pay rise one should be able to agree that a chunk of it comes from the badge we are all fortunate to wear that says, “Christ’s College”.

I find myself wondering what nudges we could deliver at work in the Diversity & Inclusion space. I wonder, for example, if one could allow more hiring discretion if the hiring manger uses blind CVs or ensured there was at least one non-white and one woman on their short list.

I’m sceptical of the financial bets as a mechanism for weight loss but the idea of paying for a party that you can’t attend is a very interesting idea.

Fundamentally the language of choice architecture feels very powerful and worthy of further deliberate thought; especially as it applies to computers, risk and underwriting. A pitch to develop a “nudge unit” reporting to the chief executive, strategy or underwriting officer is one that may be worth the effort.